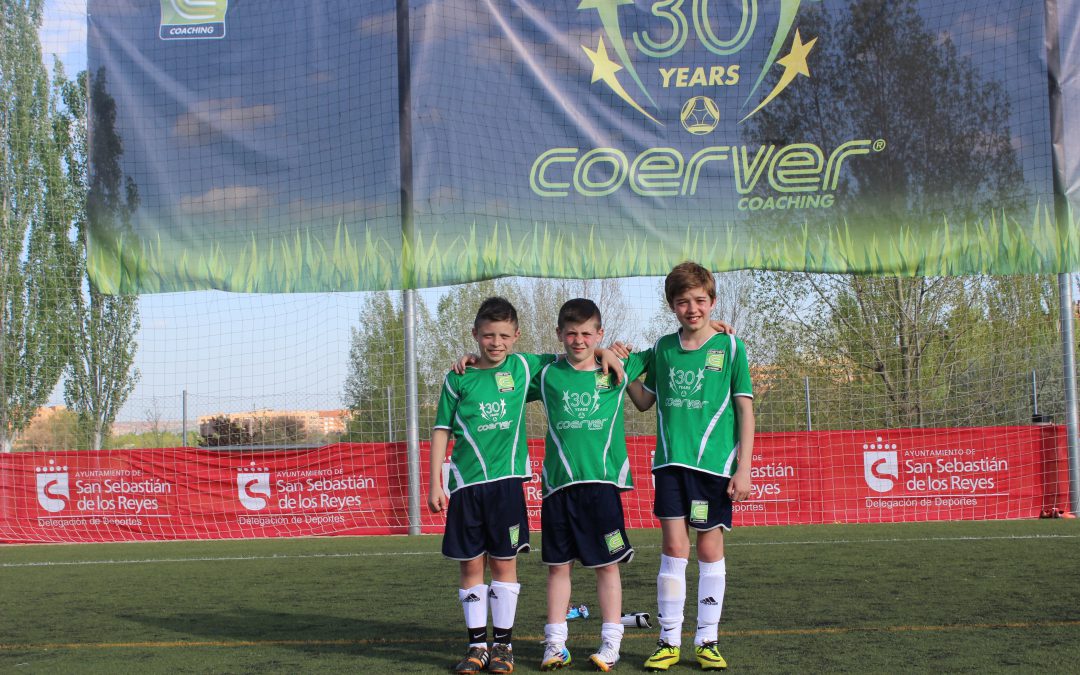 LAST week three promising young Dundalk players got their first taste of international competition when they represented Coerver Ireland at the Coerver Coaching International U-11 Tournament in Madrid.

Josh Hanna, Evan McEnteggert and Daniel Nordone (all regulars at the Coerver Academy based at Rock Celtic) joined forces with players from Northern Ireland, Dublin and Limerick to take on the best Coerver players from Spain, Holland, England, Tunisia and the USA, as well as Rayo Vallecano and other Madrid sides over three days of actionpacked five-a-side. The level of individual and team performances by the young Irish players was a big talking point. Memorable highlights for Josh, Evan and Daniel will have included their many goals during the tournament, and in particular an incredible win over Coerver Holland in their first group game, wins over Tunisia and Rayo Vallecano and a disappointing draw against Coerver England. While narrowly losing to Madrid and U-11 tournament winners Coerver Spain in the knockout stages, the Spanish and English coaches in particular were full of praise for the high technical skill level of the young Irish players. Ten-year-old Josh also caught the eye when introduced as a sub for the Irish U-13 team, scoring against Holland and Tunisia before putting in a man of the match performance against overall winners Madrid. It was a fantastic experience for the local lads, capped off on the final day when they got the chance to visit the Bernabeu Stadium (home of Real Madrid).

Coerver Coaching is a global football coaching programme and anyone interested in learning more about the Coerver Academy based at Blackrock should email austin.speight@coerver.ie.