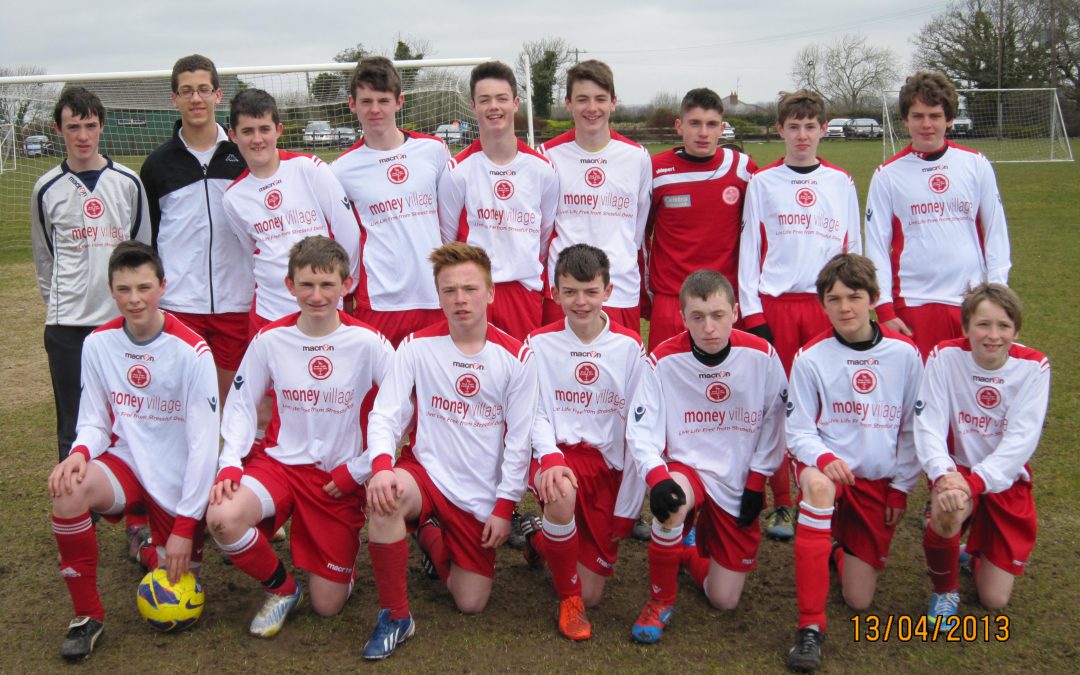 Rock continued on their winning streak with a hard working performance against a dogged Albion side last Saturday in Monasterboice. There was little to separate the teams in the first half with Rock shading it and despite Rock missing a penalty, both sides started the second half 0-0. With weather conditions deteriorating, Rock stepped up the pressure with Conor Boyle, Craig Bannon, Niall Campbell and Stephen Gallagher expertly marshalling the defence which meant little got through to the Albion forwards. Killian Dempsey, Caolain O’Sullivan and Chris Williams were controlling midfield for long periods and Peter Farrelly and Alan Smith worked up and down the wings however Albion stood firm.  Ciaran Fee and Andy Lynch worked tirelessly up front and gave the Albion defence plenty to think about. The breakthrough came from keeper Ben Mooney , who was outstanding all game and Man of the Match, who launched a long ball which resulted in a defensive mix up allowing the lightening quick Fee in to score the eventual winner.

Alex Cleary, Paul McArdle , James Cushnehan and Mohammad Bestyr came on later in the game and worked hard for the team and Mooney kept Rock in the game with a string of late saves to thwart Albion in terrible weather conditions late on. Overall this was a tough game for both sides with Rock just shading it overall.

The U12’s are having a strong finish to the season with back to back wins away to against Ardee Celtic last weekend and this fairly comfortable home win against second placed Bay United. Two goals from Orin ‘Hanlon (the first of which was an absolute cracker of a volley from 20 yards) and the opening goal from Josh Connelly was just reward for an excellent all round performance from the team.

After the dissapointment of suffering only their second defeat of the season to a reinvigorated Redeemer outfit, combined with a very below par performance and two poor goals from a defensive point of view, the U10’s put in a fantastic dispay of football away to Ardee at the weekend. Mark Gallagher grabbed the Rock’s first goal when he raced through on goal (after a nicely weighted pass from fellow striker Mark leavy) before smashing the ball into the bottom corner. Within minutes a great through ball this time from Josh Hanna put Fiachra O’Hanlon through with only the keeper to beat but he pulled his shot just wide. The Rock thought they had gone two up when an absolute rocket of a free kick from Josh Hanna, 40 yards out, hit the back of the net, only for the ref to bizarely disallow it for offside. Rock’s other midfielder, Dara Quinn put in a superb display throughout the game with some great skill and passing while the new look defensive line up of Layo Adebanjo (Steve Kamtchou for the seconf half), Jamie Callan and Eoin Byrne did extremely well throughout and have given the coaches some great options in that area.

The second half of the game was very one sided with the Rock lads playing some great football and bombarding the Ardee goal in their hunt for a second goal. That came when Evan McEntaggert showed some great composure in the penalty box before cooly slotting the ball past the Ardee Keeper. Jack D in goals had a quiet morning but will no doubt be pleased to have another clean sheet under his belt. One of the best performances of the season from the lads and a great response to their mid week dissapointment.