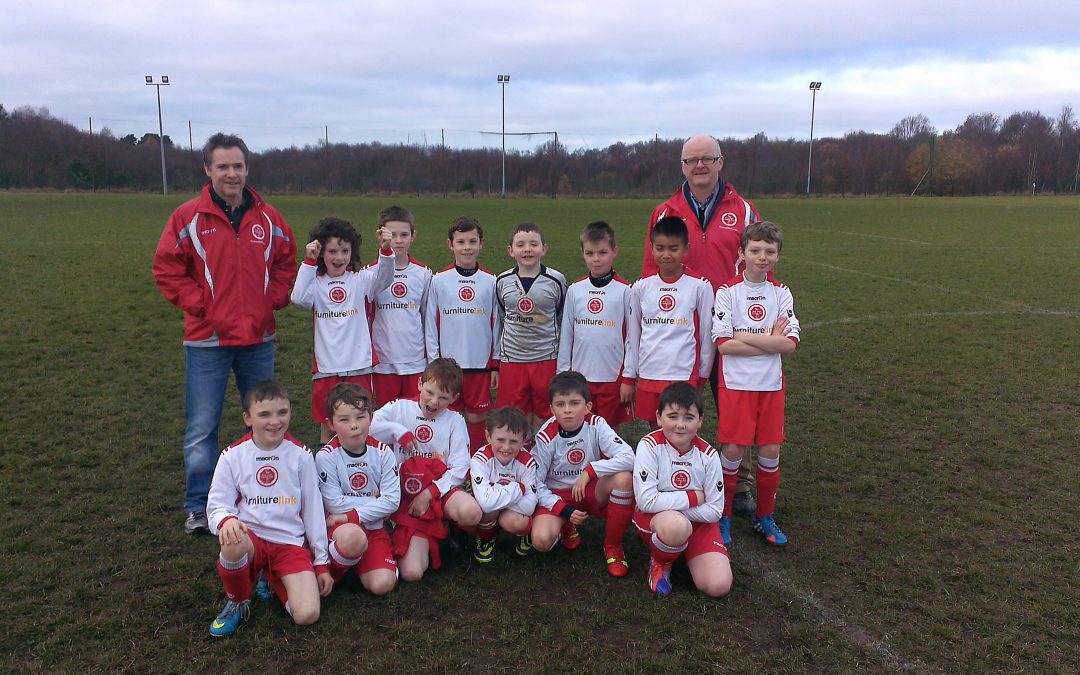 The league leaders got off to a perfect start with a great goal from Evan McEnteggart. That strike was quickly followed by a fine finish from the head of Sean Gartland after a well delivered corner by Mark Leavy to make it 2-0 at halftime.

At the start of the second half, the Woodview goalkeeper pulled of some great saves to keep his team in the game, but Evan Durnin was next to score after some great work on left hand side. Evan McEnteggart scored his second goal of the day leaving the lads comfortable.

Woodview managed to grab one back with five minutes remaining but it was too little too late and the home side finished up comfortable winners on the day.

ROCKVILLE under-10s delivered arguably their best performance of the season in Ardee on Sunday morning.

The midfield trio of James Lawerence, Zac Alderdice and Luke Johnson battled hard to win control of the match from the start. Despite controlling the majority of the possession the Rock lads couldn’t break the deadlock by half-time.

Rockville continued to push in search of an opener and a period of sustained pressure saw Ardee concede a penalty. Whilst Eddie Teritt had his well taken spot-kick saved, his quick thinking on the rebound set up captain Rory McLoughlin to force the ball over the line. Rock continued to be a threat to the end and but for some good Ardee defending could have added to their tally.

James Lawerence and Luke Johnson were unlucky not to notch up a goal each in the early exchanges and some excellent passing by Alderdice kept the balance in Rock’s favour.

At the back Jay Akhan, James Connolly and Conor Lynch were solid on the ball, and Adam Daly in goal dealt comfortably with whatever came his way. Up front Rory Mc Loughlin and Eddie Territt were a constant menace to the Ardee defence.

The second half saw the introduction of the reliable Jack Daly at left back, Ben Wogan and Barra Duffy slotted into midfield, and Blake Mc Conville took up an attacking role.

ROCK Celtic U11 were in fine form at Sandy Lane on Saturday morning as they knocked six goals past a spirited Bay United side. In their four home league games so far this season against Quay, Bellurgan, Redeemer and now Bay, the Rock lads have scored an incredible 19 goals and conceded none!

Josh Hanna opened the scoring for the home side on Saturday with an absolute cracker of a free kick early in the game.

Another dangerous free kick from Hanna caused problems for the Bay defence with fellow midfielder Steve Kamtchou the quickest to react burying the ball into the back of the net with a great left footed volley.

The woodwork then came to Bay’s rescue a few minutes later when Hanna hit a superb left footed strike from distance which struck the underside of the cross bar. The home team continued to press and dominate with Sennan Carroll and Mark Leavy doing well up front and linking up well with midfield.

It wasn’t long before Steve Kamtchou added his second of the game with a low strike which gave the keeper no chance. Just before half time a dangerous ball whipped across the penalty area by Mark Leavy was knocked in by Dara Quinn who had made a good run into the penalty area.

Rock made a number of changes at half time with Evan McEnteggert and Gavin Gilmore introduced up front for Leavy and Carroll and Fiachara O’Hanlon on for Alex Gough.

The second half was fairly comfortable for the Rock team and the coaches took the opportunity to try players in a number of different positions. A fine overall performance was rounded off nicely when Gavin Gilmore grabbed his first goal for the team after showing some good control in the penalty area before following up with a second goal near the end of the game.

BAY Utd made the short trip up the Rock Road and returned with a share of the points following a close game last weekend. It proved to be another tight encounter in what is shaping up to be one of the most competitive divisions in the entire Dundalk Schoolboy League.

Bay started on the front foot and took the game to the hosts from the first whistle. They created numerous chances throughout the first half but were denied by James McNamara who was having a tremendous match in goal for the Rock.

Bay got the breakthrough that their play deserved when the dangerous Ope Stephens latched onto a through ball, before beating two defenders and blasting past the Rock ‘keeper from 15 yards to make it 1-0 to the visitors.

Bay could have gone into the break with a healthier advantage but they couldn’t find a way past McNamara in the Rock goal.

The home side came roaring back in the second half and began to get on top. As the game progressed they started to carve out solid chances of their own.

Rock were back on level terms midway through the second half when Josh Connolly was on hand to finish a rapid counter attack to make it 1-1. Not content with a point, the home side pushed for the goal that would secure them all three points but just couldn’t supply the finish to some decent chances. In the end both teams had to settle for a point that leaves them well placed for a charge at top spot over the coming weeks.

SETANTA recorded their first win of the season in the most dramatic fashion last Sunday in Bellew Park.

By doing so they closed the gap on their opponents to just a point after they came out on top of a nine-goal thriller.

The win looked unlikely after Rockville raced into a two-goal lead after only 17 minutes.

Jack Connolly opened the scoring when he found himself unmarked in the box and coolly lifted the ball past the Setanta ‘keeper. Paddy Craven then produced a delightful curling effort that gave Ross McNally no chance in the Setanta goal.

Despite the early set back Setanta always looked dangerous on the counter attack and Shane O’Brien was beginning to cause massive problems for the Rockville defence with his pace.

It was the speedy attacker that got his side back into the game when he outstripped the central defenders before finishing beautifully into the roof of the net to make it 2-1.

The teams were level on the stroke of halftime when O’Brien took advantage of slack marking to race clear and slide the ball under the advancing Rockville ‘keeper. Often in football an entertaining first half is let down by a second period of non-action as both teams try to batten down the hatches. This was not one of those games.

The second half was only underway a matter of seconds and Rockville had regained the lead when Cillian Mullen pounced on a lose ball to fire his team into a 3-2 lead. The away side restored their two-goal lead when Craven grabbed his second and his side’s fourth with a lovely effort just six minutes later.

The goals just kept on coming as O’Brien raced onto a Peter Lambe freekick and headed the ball past the advancing Rockville ‘keeper to complete his hat trick and leave the game poised at 43.

The game was level for the second time with just ten minutes remaining when Dion Clohessy smashed home a stunning shot that whistled into the right corner of the net.