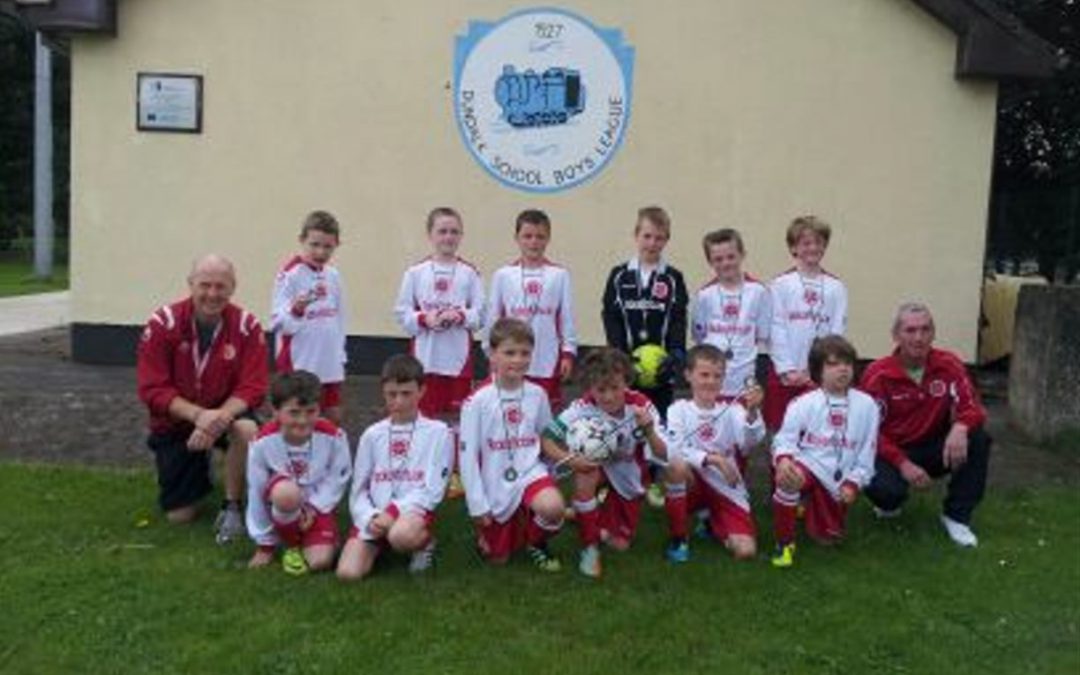 On a freezing cold morning at Sandy Lane, 10 brave Rock lads turned out determined to beat St Domnics. This team is now beginning to find itself even with a few key players missing and especially waiting the return of Dara O’Gradaigh who is out injured. Jack Mulvihill in goals has given the team great confidence. He is very self-assured and enjoys the net minders job.

Rock started off the match going straight for the juggler with full out Barca style attack and should really have been 3-0 up by the time the interval came around with Evan Durnin and Brian “Caffo” Cafferty very unlucky not to have had a couple of goals each.

The second half began with Rock resuming where they left off winning an early corner kick. A high floating corner kick landed perfectly for Sebastain McGeough who slotted it past the Domnic’s keeper. Alex, Caffo and Seb mastered the midfield with Gough & Caffo working tirelessly, closing down the Domnics midfield and not letting them break. James Reilly, Frank McGrory and Dara O’Hare were excellent in defence between the three of them putting in some excellent strong tackles and letting Domnics know this was going to be no easy game. Up front Evan, Sean & Kalem were very creative holding up the ball and at times mesmerising the Domnics defence. Goal number 2 came from a great pass by “Caffo” into “Seb” whose shot on goal came back to the ever alert Evan Durnin who knocked it into the back of the net.

Doms had a late flurry and scored a good goal but Rock were not letting this game slip away and when it came to the crunch every one of them put themselves on the line to prevent a late Domnics goal. Caffo took a really hard knock but got up and fought on. The game finished 2-1 Rock.

Man of the match – Everyone on the Rock team!!!