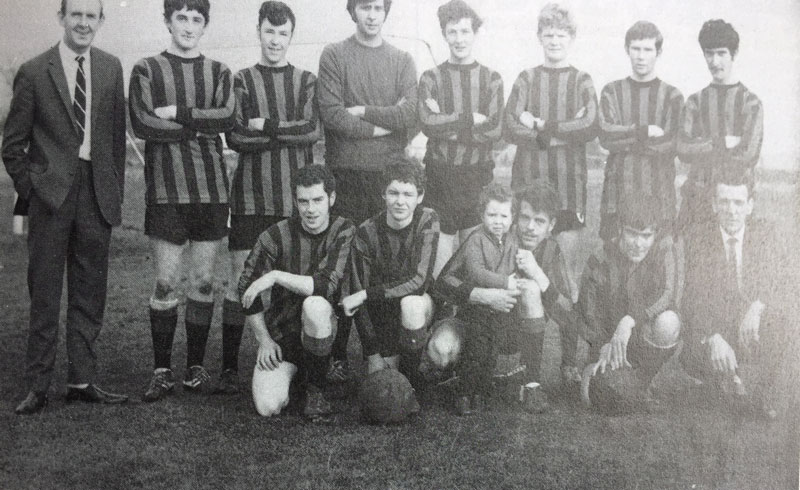 Rock Celtic Football Club was founded in 1969 in the seaside village of Blackrock where already there was a strong tradition of soccer with different junior teams taking part in local leagues from 1927. However, when newly married Gerry Teather came to live with his local born wife Margaret Cooney in the village, there was no organised junior or schoolboy soccer, and he put forward the idea of entering a team in the Dundalk Junior League. The club played its first game against Greenfield on May 4th 1969 in the second division of the summer competition, finishing joint runners-up and gaining promotion after a play-off that the side won 8-6.

The club only ever played in the top division thereafter until it sought new challenges, first joining the Dundalk, Monaghan and Cavan League that it won straight away. It eventually quit the local league after entering the Leinster Senior League and won the second division in its first season in 1985.

The first major success the club achieved was in 1973, becoming the Dundalk Junior League champions for the first time. It won the McConville Cup competition in 1979 which was the start of a halcyon period over the next six years, winning three titles and the cup twice, as well as the Dundalk Monaghan and Cavan League and the second division of the Leinster League.

A profoundly influential move was the formation of a juvenile section with the club still in its infancy in 1971. Brian Ward, Peter Boyle and John McArdle started an under-15 team that competed in the Dundalk Schoolboys League and from there the schoolboy section burgeoned, producing a stream of highly talented players who went on to play in the League of Ireland and across the water in England. More importantly, the constant conveyor belt of talented players maintained the club’s place of eminence in junior soccer in the north east. The next big step was to enter the Meath District League in 1996/7 and the club celebrated its 40th anniversary in 2009 winning the premier title for the first time, after annexing the cup three times and setting a record for final appearances with six. The club retained their premier title in 2010 and were champions again in the most recent 2012/13 season!

The club has proved itself to be a leader in many ways, not least in the development of their ground facilities, investing heavily in the installing of floodlights, a spectator stand, their own club rooms and all weather playing and training pitch in recent years.

In 2009 the club was delighted to host its first ever international game involving the Republic of Ireland’s U16 team and the Czech Republic and looks forward to many more! 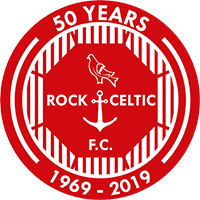 Many Thanks to Our Sponsors!